BOOK IN THIS REFUGE

Stage 4: (Ascu Stagnu -> Tighettu: outward journey: 8 hrs; return 8 hrs) Who planned on the GR20 has necessarily, dreamed, even feared to tackle the famous "Circus of solitude" "E cascettoni" in lingua nustrale, whose name alone evokes the harshness of the terrain and at the same time provokes the desire to measure oneself, a challenge both sporting and mental. However, the circus was the scene of a real drama on June 10, 2015: hikers lost their lives due to major landslides combined with deplorable weather; therefore the stage was demarcated and unequipped and the site is prohibited from public access by prefectural and municipal decree. The deviation put in place then became the new official route of the GR20, registered at the FFRP, it is also one of the most beautiful stages of the GR which puts organizations to the test but whose landscapes are breathtaking ... In time clear you will see the Alps… The stage starts along the flat stream for almost 45 minutes to a footbridge… Before taking it take the time to admire the superb view of the Cirque de Tribulacciu because of a big drop waiting for you… almost 1200 meters! Field ? Slabs ... 2, 3 passages were fitted with chains, handrails which are used in rainy weather; a lot of scree ... hence the name "La pointe des scoulis" from the top of which the view over the bay of Calvi is majestic. At the end of a long crest crossing on scree we reach Bocca Crucetta which overlooks the Cintu lake before a long descent to Tighjettu Refuge. 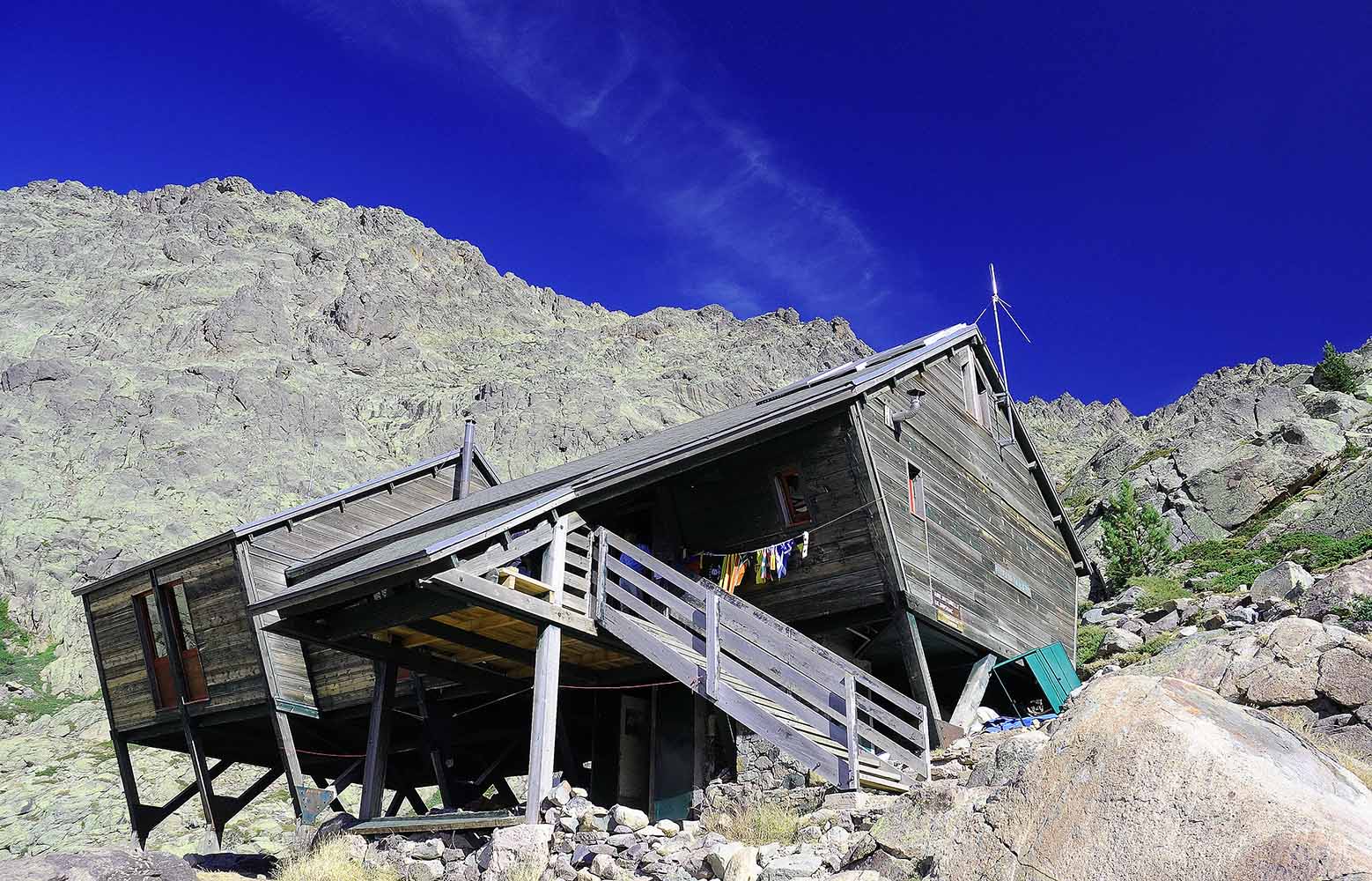 Dormitory in refuge.
(Blankets are not provided)

Space per person without provision of tent.